The Three Generations-A Bond that exists till now

Info Post
Uma Anandane
October 30, 2010
10 comments
3G means "The Third Generations"of  Mobile Phone fulfilling the specification by International Telecommunication Union.I have made a bit of technicals of  3G of Mobile Phone easy by linking a story of a Family in  3 Generations . 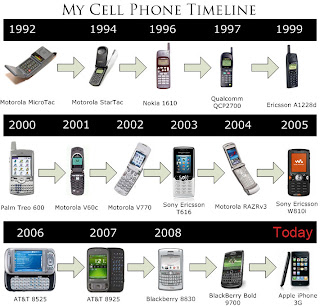 My Grandfather Virappin had no Internet or Mobile during his life time .All he was using was an ordinary land phone to communicate to his relatives and friends which was considered as a boon in communication.At the age of 60 , he was first introduced to a mobile phone called the First Generation of mobile phone (1G) gifted to him at his 60th marriage celebration.He was over-whelmed with his gift.He found it convenient to talk because of its mobility .But some time he found that he could’nt connect to his relatives and friends because of the limitation of its users.The lines were busy.What he doesn’t know is that his Mobile phone uses Analog Transmission using FDMA technology . When a FDMA cell phone establishes a call, it reserves the frequency channel for the entire duration of the call.So till that particular call is complete the lines will be busy.But he was welcoming and happy of this new technology at his lifetime.
His son Karthik was now ready to take over the responsibility of the family.He got a decent job in a Telephone Company.As per the rules,the employers are given a mobile phone of second generation (2G). 2G Mobile phone saw the invent of the GSM standard called the "Global System for Mobile communications".He learned the concept of GSM which is nothing but a cellular network. Cell phones use a cell phone service carrier’s GSM network like TATA , AirTel, Reliance ,etc by searching for cell phone towers in the nearby area.About 80 percent of the world uses GSM technology till now.He found the limitations of 1G is not present in 2G since it uses TDMA technology which allocates unique time slots to each user within each channel, and thus allowing many users to access the radio frequency without any interference. TDMA offers Voice, Data, Fax, Short Message Services(SMS) and Broadcast messages with high performance of coverage and mobility. TDMA is the leading technology in cellular phones even today.Karthik lived a life with his phone that met all his basic needs.
Karthik has a small and beautiful family,a wife and a daughter.He was amazed at how the days moved faster. His little daughter Priya was now ready to go for the college.She was expecting her first mobile phone from her father.Since Karthik worked in a Telephone Company,he was aware of the latest technology at that time.It was the time of 3G Technology blooming everywhere.It is an upgrade for 2G mobile phone with a host of new services such as
Emails with super-fast surfing and downloads ,Video Calls in real time, Streaming Videos and Music Downloads , Pictures with digital effects, Games download 30 times faster than 2G,Mobile Internet and GPS(Global Positioning System)-a location based map.
Try GPS and Mobile applications LIVE-Awesome 3G bet.Internet and Mobile
Some features listed and works well with mobile -GPS -maps in mobile and twitter with Mobile

So on her 17th birthday , Karthik was ready to present the right mobile phone which makes use of all these new 3G facilities.

On his daughter birthday,

Karthik presented the mobile phone to his daughter and said ," The whole world is now smaller in my daughter’s hand. Happy Birthday! ".

Priya’s heart and hand was large enough to hold the phone. 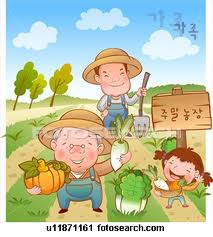