Info Post
Uma Anandane
January 25, 2011
No Comment
Cyber world 2010 has made my world shine in the world of blogging mainly in my poetry writing and also made me learn some new ways of looking the internet .The main being publicizing yourself in the internet.Your works,your life and your photos which we hide five years back is now open for the world to see.For an introvert like me,its a means of communications to real and virtual friends who live on the internet world.I happen to see many some loops holes even in the big names like Facebook and Indiblogger (a platform to share blogs). 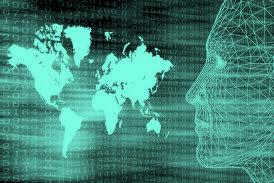 Let me start with Indiblogger .It is a wonderful platform for all bloggers mainly Indians to share their work with fellow bloggers and sometimes learn too..It used to conduct contest given a theme to participate and asks Indian bloggers from all around the world to blog about it and share their links in the Indi platform.The one who wins receives a handsome amount of Rs 50,000 or a gift worth in thousands.The selection being that the top two most voted wins the cat race.All is well till the voting starts but as the final days comes near,every participant finds their friends and other bloggers in every part of internet from Facebook, to Orkut, ,Twitter to Mails(gmail ,yahoo,indimail...etc) and even phone calling just for getting votes for their post.I agree that I also participated once and somehow did the same.No other go..like a politician asking for votes running from one state to another,we run for votes from one social networking site to another.Until,we all bloggers have been screwed up by bigger spammers.These two mens(names..complete no),comes at the last two days of the final voting day and then reach the first two places grabbing the whole Rs.50,000 each.One day,as fate would has been " the cat came out of the cupboard".These two mens are in fact the Owner and the Co-owner of the famous WeBlog community who found the loop holes through voting system.Why not that they have continuously won Three contest in a row.But then it was their intelligence in using the loopholes to for winning.Then there were clashes between the indi bloggers who really deserve to be won and these two fellows with verbal written statements here and there.Finally after a few days the storm was ended.Not only in Indiblogger , but in most of the voting systems loop holes like this exists and the really worth one sometime loses their limelight.
Now Coming to our really really famous FaceBook,do anyone out there guess what loop hole I found in it.It is from my personal experience.I have an Facebook account in the name say (uma @gmail.com) and I invited my brother say (kumar in gmail) to face book through "check out my photos "uma "<invite+yrnbn1er@facebookmail.com>.A reply from kumar came asking that how I am and my kids?.In that instant of reading the mail , I accidently clicked the link  <invite+yrnbn1er@facebookmail.com>.It just straight away opened a new tab to my Facebook page.I entered my Facebook as usual with my username and password just to find many friends request. All the friends who invited my brother kumar to face book are instantly added to my account requesting me to add them as friend.So I received nearly 20 friends request in a day.But since I knew many of my brother's friends,I understood that something was wrong and again checked the gmail.At last I found out this loop hole.As the saying goes,some discoveries are made by accidents...I too made this discovery just by accident.
Also When I save my blog www.umaspoembook.blogspot.com as an html file,I am perplexed to find that all those people who like my FaceBook Page ,their profile pictures have also been saved in my file as *pic.jpg  but not the followers profile picture who cross about 100.FaceBook should check into all these loopholes to protect the privacy of its fans.
Thus,the whole of 2010 in cyber world had been a learning experience for me.