The Real 2012 Phenomenon of Humankind on Earth

Info Post
Uma Anandane
January 01, 2012
No Comment
The New Year 2012 has started and we are reaching our way to Dec 21,2012 marked as the end of the world with deceiving popular beliefs that corresponds to the sub sequential catastrophic events occurring all around the world . The 2012 phenomenon.

The 2012 phenomenon ?? WHAT and WHY ?
It is a known fact that is been circulating from 1998 that the world is reaching its end very soon in the year 2012,  through all forms of medias and best-selling books minting money out of fear. 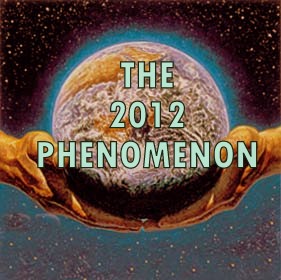 So, it means that the Mayan Calender 6.2.5.9.12 means 6 b'ak'tuns, 2 k'tuns,5 tun ,9 uinals and 12 days.The Long Count's  "0 " date was set in the past marking the end of the third world and the beginning of the current one corresponding to 11 August 3114 BC in the proleptic Gregorian calendar. So now, this means that the fourth world will also have reached the end of its 13th b'ak'tun, or Mayan date 13.0.0.0.0, on December 21, 2012.The Mayan calender ends on this particular day marking the end of the era , a destruction or a catastrophe with the end of the world.Whereas , some scholars depicts it as a new era marking a new spiritual arousal of humankind in earth.


Planet X (or) Nibiru :
One of the belief is that there is a Planet X or brown drawf that is trailing  its  path towards the earth at the speed 40 miles per hour .It is calculated to hit the earth on Dec 21,2012. But before that, as it reaches the galactic centre of the earth ,earth will undergo a lot of transformation under its effects with catastrophe of earthquake, tusnami,polar shifts , etc marking the end of the world.Again , the atmosphere is vast and wide , and so are the astronomers and watchers in every part of the world.


Polar Shifts
Earth's magnetic field has flipped its polarity many times over the millennium and it follows a pattern of a pole reversal about every 200,000 to 300,000 years,That means the current North pole will become the new South Pole and vice versa.Is THIS true?? Earth's polarity is not constant.It is moving faster and scientists has estimated that the pole is migrating northward about 40 miles per year, as opposed to about 10 miles per year in the early 20th century.

The doomsday theory assumes that a pole reversal would momentarily leave Earth without the magnetic field (as it gets weakens ) which protects us from solar flares and coronal mass ejections from the sun marking the end of the world.Nasa.gov has ruled out this possibility and scientists believe if this has to happen it will be a gradual change and none so that contradicts reality .So cool down !


Planetary alignments or Galactic alignment:
It is believed that a cosmic alignment of the sun, Earth, the center of our galaxy  or perhaps the galaxy's thick dust clouds on the winter solstice could for some unknown reason lead to destruction.We all live in a moving and a circulating path called the milky way (galaxy) which hosts our Earth and other planets.Our galaxy has a galactic center about 28,000 light years away which has a black hole weighing about 4 million imes the sun's mass.


So on. Dec21,2012 , the sun will pass about 6.6 degrees north of the galactic center (about 13 times the full moon's apparent size) and it's actually closer a couple of days earlier. The notion is that as the sun enters the Dark Rift (i'e. as it bisects the galactic disc in the galactic plane , the influence of the galactic tide is weaker), it comes under the influence of the far stronger "disc tides" creating likelihood of a devastating comet impact.Such alignment occurs in Dec 21,2012 where the sun and Earth aligns themselves with the black hole in the galactic center allows some kind of massive gravitational pull on Earth destroying Earth.

Solar Storms :
Solar activity  are regular ones that occurs every year and peaks itself approximately every 11 years.On 2001, it had its peak effect ,so it is assumed that the next Solar Storm should occur after 11 years ,that is on 2012 .Solar flares can cause some interruption of satellite communication and disrupt cellular connections  though no other devastating activities are calculated.

The above are all some of the assumptions and conclusions as to how the world might end in a tragic way. But, we have seen only one half of the coin, where is the other end of the coin which should be positive as we expect it .Read the below link


With all that in place,  Sri Yukteswar’s introduction to The Holy Science includes his explanation of the Yuga Cycle – revolutionary because of his premise that the earth is now in the age of Dwapara Yuga, not the Kali Yuga that most Indian pundits believe to be the current age - to know more [Wiki Holy Science]