Info Post
Uma Anandane
August 15, 2014
7 comments
Comedy is a rare talent which shows the lighter side of a human emotion, making people in and around to smile wholeheartedly. Some of the most talented comedian takes the stage tapping you in comedy with hours of laughter. From time to time, you can see these silent talents which roars when picking up the mike starring in their own series of hilarious episodes with relative ease. NDTV Prime runs these shows every Monday and Thursday at 10.00 P.M. straight into your home making you smile wholeheartedly as you relax in your chair. 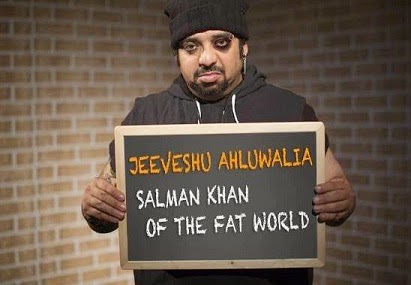 Jeeveshu Ahluwalia, one of Delhi's rising stand-up comedians has impressed the audience by delivering jokes by his own observations and experiences in life. In the video  Salman Khan if the fat world", he introduces other notable comedians like Manu Sharma, Siam Hasan, Sumit Anand and Zakir Khan who are self expressive making you laugh in the Open Mic edition which is being shown only on NDTV Prime.

The NDTV Prime Comedy does not stand here, in the video "Meet Rising of Comedy from Bengaluru and Delhi" it brings more talents from the city of Bangalore casting comedians like Ahmed Shariff, Vamsidhar Bhogaraju, Praveen Kumar and Amit Tandon in Jagriti Theater in Bangalore. Another highlight of the NDTV Prime comedy is that most of the speech is in English and anybody who knows English can watch it as well. I must agree that every video is sure to make you laugh featuring artists from different religions and places.

Vamidhar Bhogaraju knows well to make people laugh by just using his name. And Praveen Kumar says that when the whole world was moving to size zero, I have a shape zero pointing towards his protruding belly. He even brought the topic about women making the audience go berserk with laughter. He said about how his maid sends him a text message asking for a day off as "Dear Sir, Please leave me today. I am feeling hot."  Now tell me how naughty that sounds. Too whimsical in this context isn't it. That's not it. Another comedian Amit Tandon enters the stage saying that he was produced by his mother and directed by his wife bringing in some humor about his family and his son.

To have more fun, follow the comedy @RisingStarsNDTV on Facebook and Twitter to get a lighthearted laugh. Now this is only part 1 of 3 reviews of the Rising Stars of Comedy. Very soon I will be writing more fun filled posts about the same giving a platform for these talents to get noticed in the blogging platform.