Info Post
Uma Anandane
August 12, 2011
1 comments
Kavadi Aatam is a religious dance offered to Lord Murugan during Pilgrimage mainly by Mens.They literally means dance carrying a kavadi.The Tamils have to walk a long distance on their pilgrimage journey carrying the offerings to the gods. These offerings were tied on both the ends of a long stick, where pots are either filled with milk or coconut water. They should carry them balancing the stick on the shoulders of the pilgrims.The poles or sticks are made from Teak wood, which is known as Purasai. The bamboo strips are bent like a half-moon (huge bow) on the tops covered with a saffron-colored cloth and is richly decorated with peacock feather on the sides as it is believed that the peacock is the vehicle of Sree Subramanya. The dancers twist and spin in a row. A group of such kavadi dancers make a beautiful sight

In order to lessen the pain and boredom on the long journey, they sang devotional songs which is known as Kavadi Sindhu.They sing and they dance balancing a pole and this type of dance is called as Kavai Attam.


In Kerala , Kavadiyattam is widely prevalent in the Subramanya temples all over Kerala during the festival seasons .They use two  two types of kavadis  namely pookavadi whish has clusters of multi-colour paper, cloth or plastic flowers and ambalakavadi , a structured and decorated like temple.The dancers dress up in  bright yellow or saffron costumes and dance to the beats of  percussion instruments like udukku, chenda and nadaswaram . 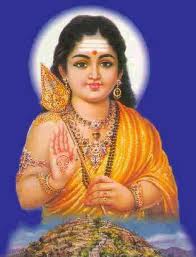 Lord Murugan : He is the second son of Lord Siva and Godess Parvathi after Lord Ganeshan, the famous elephant God.Lord Murugan was born as a power to defeat the demon,Naragasura. Lord Siva opened his forehead eye to create Six Great Fire Sparks that dropped into the holy Ganges. It was then that, Lord Shiva approved six beautiful maidens called 'Karthigai Pengal' (Women of Karthiga) to look after the babies.When the babies attained a certain age Lord Shiva blessed them and made them as one person-Lord Muruga; the divine warrior.There are a lot of special festivals for Lord Murugam.We will see some of them here:

Thai Poosam:
One important is " Thai Pusam ".Thaipusam or Thai Poosam is the Tamil festival observed in Thai month (January – February). This festival is celebrated on the day of star Poosam around Pournami day. Thaipusam commemorates the killing of demon Tharakasuran by Lord Murugan.It is the most special festival since it helps in "Annadanum" known as free offering of food to the poor which is most welcomed and liked by the Lord Murugan.

Panguni Uttiram:
Next, is the Panguni Uttiram.Its again a festival of Lord Murugan on the full-moon day.The name has been derived from the Tamil Year"Panguni" and the auspicious Nakshatria "Uttiram",one of the 26 Nakstra(the twelfth month of the Tamil solar calendar i.e. Panguni (March–April)). So the name"Panguni Uttiram".On Panguni Uthiram, Narayana marries Kamalavalli Naachiyar and give his Kalyana Kola Seva to his Bhakthas. Again, Valmiki's Ramayana says it is on this day and star that Sita's marriage with Rama was celebrated.

The day is intended to underline the glory of grahasta dharma (or the married life of a householder). The Almighty manifests in the marital state as Uma Maheswara, Sita Rama, and Radha Krishna – despite his changelessness, sans childhood or youth or old age. The Lord is indeed a Nitya Kalyana Murthi. It is our duty to celebrate this day when the Lord, in both Shiva and Vishnu temples, appears to devotees in his married state. On Panguni Uthiram, in all places where Lord Subrahmanya has a temple, his devotees carry in a kavadi the requisites for puja for him, in fulfilment of vows. Such vow fulfilment by devotees carrying kavadis is a special feature of Subrahmanya temples wherever they happen to be.(Source:Wiki)

Kanda Sasthi Viradam
Following them, are the festivals of Kanda Sasthi Viradam .The Sashti falling in on the waxing moon period in the Hindu lunar month of Aippasi or Aswin (October-November) is the day on which Lord Muruga is believed to have killed a super-demon called Sura Padman. This is commemorated in the six-day festival of Kanda Sashti as a symbol of perpetual destruction of evil by God. Each of these six days is, by custom, set apart to recite the glory of Lord Muruga from one of the six scriptures in His praise, namely: Tirumurukarruppadai, Kandar Kalivenba, Kandar Anubhuti, Kandar Alankaram, Kanda Sashti Kavacam and Kanda Puranam. Giant-sized images of four demons (asuras) are moved on uplifted chariots, and these are symbolically encountered and destroyed by the Lord.

For this festival only, the deity of Chinnakumarar comes down from the hill temple, kills the demons (asuras) at the corners of the four direction while on a festive procession around the hill, and triumphantly returns to His abode in the hill. This is on the sixth day, i.e., the sashti day. All the other events of the festival take place in the hill temple. On the seventh day, Muruga marries Valli. This divine marriage is celebrated both in the hill temple and in the Periyanayaki Temple.

Conclusion:
The dance"Kavadi Attam " is performed during all the above festivals of Lord Murugan.Sometimes this dance is accompanied by Pambai and Naiyandi Melam.