Info Post
Uma Anandane
November 27, 2011
3 comments
"Mayakkam Enna" is a movie scored well by director Selvaragavan along with music director GV Prakash ,actor Dhanush and actress Richa.This is yet another film that made me blog after my first Tamil review "Aezhaam Arivu".Dhanush as Karthik Swaminathan is a freelance photographer who aspires to become a best photographer but all his efforts becomes wastes.He is surrounded by friends , his only well-wishers who nickname him as genius .They are his only support and guidance.His best friend Sundar introduces his girlfriend Yamini (Richa) to Dhanush .She is shown as a daring and beautiful girl. At first the two don't get well with each other but slowly they are attracted to each other .As you might guess, Dhanush finally ends in marrying his best friend's girlfriend .The first of the film is humorous as in all Dhanush flicks .It  is based on his love of photography, his love and his friends .The other half of the film shows his life after marriage, his efforts and failure in getting recognized .He lands in emotionally disturbed condition after an accident making his whole family life sick.And as the saying goes, the wife is the backbone of a husband's career ,Dhanush wife Yamini tries her best in helping her husband Karthik (Dhanush) to come out of his depression.And finally the time comes when he achieves his dream in his life after a long struggle. 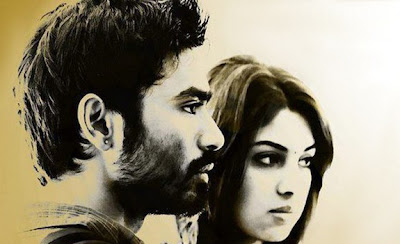 The movie had three things that I would appreciate from my point of view.
And even Dhanush friend who played bad wooing his wife , finally catches up to be a part of the best friends circle in the ups and downs of life.Last but not the least ,I have to appreciate giving a thumbs up for a particular scene wherein the director (along with Dhanush) captures the beauty of Photography : the sun rays  peeping from the holes on between the trees, the bird suddenly raising both his wing up and the slow descending leaf from the tree branches everything showed the beauty of life and nature.The songs and background music was also good.Overall,I felt that the movie had a slight brush effect of the big Blockbuster "Beautiful Mind"...this is what came in my mind first when I'm done with the movie.