Info Post
Uma Anandane
November 15, 2011
4 comments
Online contest through Face book and Twitter is the marketing stragedy of today's business .These Social networking sites are like virus and they can spread easily to millions of people gaining traffic to your web page if you have the right strategy.Every marketing and business people have understood the force behind this social networking sites and they make use of them to market their business online inviting people to win cool prizes .The visitors are in turn encouraged to share and tweet about this contests and thereby the company increase their visibility online

A big company Volkswagen has used the same technique and came up with a test drive contest wherein you drive your kilometers using your FB shares, Invites ,Tweets and also answering quizzes and treasure hunts thereby earning points. Your final prize is enormous :Volkswagen Polo 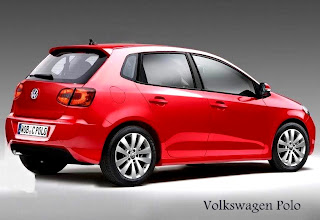 The higher your kilometers are, the more chance to win a brand new Volkswagen Polo.Also,you can pick up exquisite gifts like Travel Bags, Branded T-Shirts, Pen-drives etc...at different milestones.Cool, isn't it?

Its biggest digital initiative so far, Planet Volkswagen will not only act as a platform for product information, Brand information and services but also a universe of fun and entertainment for every car enthusiast from all age groups.Planet Volkswagen will not only showcase the world of Volkswagen in a 3 dimensional digital space but also allow and engage the user to explore information on automobiles, exciting drives, games and contests. It will allow them to build their own community using social media channels like facebook, twitter and you-tube.

Join the race where you leave no carbon-foot prints, only cars behind.Win cool prices as you reach milestones .You can invite your friends to carpool with you too so you two can grab some of these prizes .

How to win ? (Contest Ended)
Earn Points  through Posts ,Images ,Videos ,Quizzes ,Treasure Hunts and Invites  which will be added to the kilometers you drive . Two examples are shown below

1.ESP acts ____ to bring your car back under control
Fast

2.What does ESP technology used in Volkswagen cars stand for?
Electronic Stability Programme


1.Under whose management did mass production of the Volkswagen Beetle start?
Major Ivan Hirst

2.How many Volkswagen cars did the British Military commission the Wolfsburg plant to produce?
20,000

3.How many models were built by the end of the first year the series production of the Beetle commenced?
55


5.Who was the first trader to export Volkswagen cars for commercial purposes in 1947?
Ben Pon

A recent comment received on my blog from abdulrahman (Thank you abdul):

Volkswagen Horsepower: A great deal of research and design goes into making the volkswagen horsepower, and that effort pays off in a safer, more efficient car that responds efficiently every time you step on the accelerator. The improved service that the chip provides is all in the programming that the chip brings to your vehicle, updating its electronic parts, improving the electronic ignition system and helping the engine to last longer. When your ignition system is firing more efficiently, you burn fuel more efficiently, which means more of your fuel is transformed into power, and less is released as exhaust and excess engine heat. Your exhaust will burn cleaner, too, which makes your Volkswagen all the more ecologically sound.

Update: This contest has ended and so chill now :)