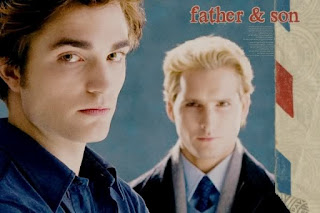 Rahul’s dad was just opposite to his son except for their similar looks. Rahul was fair skinned, had the sharp features with board shoulders that he inherited from his dad. Rahul's father had lived a life of a Lion, moving around with power and control. He had built an empire of his own through his hard work and was proud of his achievements in his life. Unlike Rahul, his dad was bold in everything that he did. He never accepted any misbehaviours  and punished those who did it quite severely.

Rahul’s father called his son a cat and said to himself ," Oh my son is a such a frightened cat. All he does is to scare a rat who already wasted his milk. Now he is giving the same rat another chance to waste more milk. No wonder my daughter- in- law dominate our home.  Oh! Sara, look at our only son Rahul. He needs to learn of how to behave like a real man from me” he sighed.

Rahul's father was indeed correct when he said about the dominance of his daughter-in-law Nanditha . Nanditha, a fairly good looking woman had the freedom what many women never had. She lived a life of her choice right after her marriage. She had servants to take care of the house along with her. She even had the freedom to continue her college education and now is a proud owner of a university degree. She has enrolled her name in many woman-welfare groups and talks freely of her own opinions.

Rahul’s dad saw all that was happening in his house. He could not believe to see such a cat in his only son. He used to remember his days of how he ruled his house with rules and regulations. His wife did all he told her to do and she served her whole life for his words. But his son who was brought up under his guidance was exactly the opposite. And he felt ashamed for his son’s behaviour.
~~~
Nanditha was twenty studying in school when she got married to Rahul. She was Rahul’s cousin, his father’s only sister’s daughter. Rahul's father was the main reason for this marriage to happen.

“Blood relationship is very important in today’s life. Rahul my son , I want you to marry my only sister's daughter Nanditha so that our blood relationship grows stronger and our family bonds stays forever ”

Rahul can even recalls the words said by his father any time, any day.

Rahul was not interested in getting married to Nanditha. He was not satisfied with the reason his father gave. Rahul had his own reasons for not liking this marriage. He thought that Nanditha was too young and immature for him. Also, he knew about his father's temper and stubborn behaviour will never have time to listen to what he has to say. Asking his mom to talk for him to his Dad was useless since his mother neither opens her mouth to her husband nor disagrees with him. She hadn't any wish of her own and neither he witnessed one in his life. The final consequence, Rahul was married to Nanditha.
~~~
Rahul was more like his mother than his father. He remained a closed book. Like his mother, he agrees with everything his father says and had no opinion on his own.

His father beleived that his son Rahul had no brains on his own because of these reasons. This day was no different than any. It just made Rahul’s father even more angry and sorry for his son.


Rahul entered home right after solving Mr.Guna’s problem in his office along with his friend Santosh  just to find his wife screaming at the servant maid Maya .

“How could you do this Maya? You cheated me and made me a fool eating your payasum. I could not stand seeing your face now.”  was shouting at her Maya.

“I’m sorry Madam. I assure you that it won't happen again. I just thought you liked my payasum  ” the servant maid was pleading with Nanditha.

“No! Maya. I can’t accept your apology. A cheating is a cheating . You are fired ” Nanditha replied sharply.

Maya was trembling with fear and sobbing endlessly.

This is where it all started . It was Maya who made the payasum and delivered it to her as if it was from the hotel.

Continue to Part 3 : The Dairy of My Son - Maya