Info Post
Uma Anandane
October 25, 2012
4 comments
Remote control Gadgets are the latest in the market updating itself smaller in size as well with the same efficiency of their larger ones .From computer chips , laptops to mobile phones , all the gadgets gets their size shrinked with larger speed and capacity providing endless entertainment to its users.To these additions even the Toy Gadgets are not spared.

The latest mini in the helicopter toy market is Gyro Zoomer Mini Remote Control Helicopter which is just 11 cms long and yeah , I mean smaller than your TV's remote control. 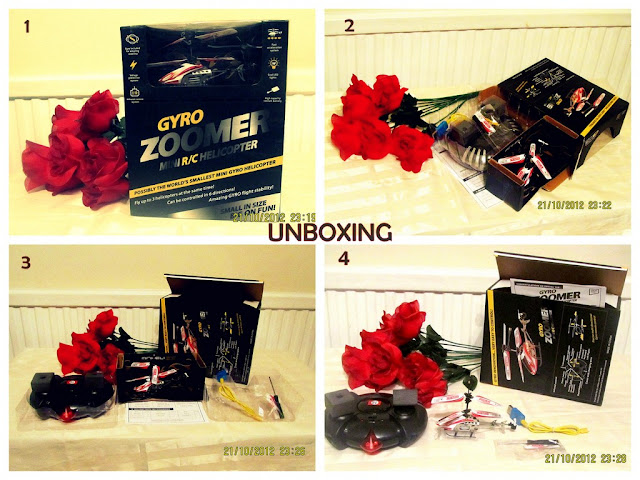 The Mini Zoomer comes in a attractive and protected pack with two layers , the top for the mini helicopter and the bottom for the remote controller with spares included.The Spares consists of two rear propellers and a top propeller set .It also includes a USB charger which can be used to power the helicopter with the help of USB port on our PC/Laptop. 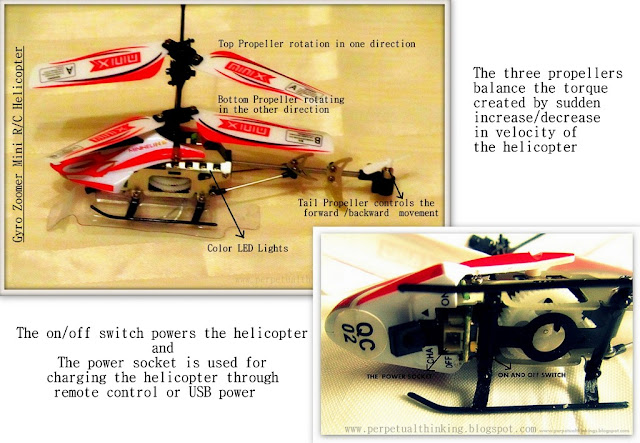 Being an Coaxial helicopter , it has two sets rotor blades on the top in the same shaft but spinning in the opposite directions with the help of the rotors each rotating in opposite directions.Why? This is done to balance the torque (rotating force)generated by the sudden increase /decrease in speed or velocity that may damage the helicopter.

Another small propeller can be seen attached on the tail of the Helicopter which controls forward and backwards motion of the Helicopter (3-channel) helping it to move to and fro by spinning either in clockwise or counter-clockwise direction with limited speed. All the three propellers ( the two on the top) and the one on the tail makes the hovering very stable and offers precise movements .This is why the term "Gyro" is coined meaning that this spinning mechanism offers resistance to turns in any direction . 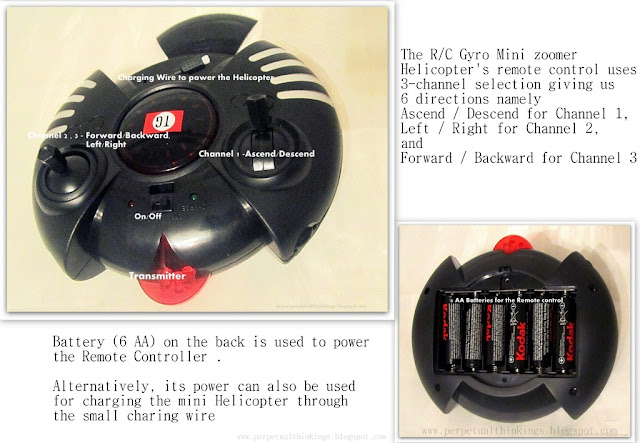 Charging the Mini Helicopter :
The Helicopter gives a faster charging time of 15 to 20 minutes for the flying time of 5 minutes.When charged using the USB cable , the transparent plastic glows red when charged .

THE  SMALL BUT TOUGH  GUY ! 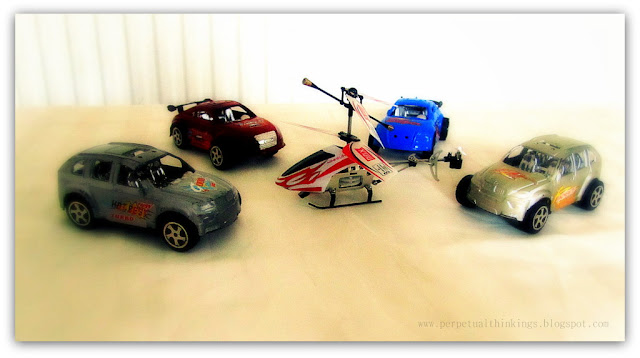 
Disclosure : I received the above complimentary product for the detailed review from Paramount Zone  including your Christmas Gifts. All opinions are my own. No monetary compensation was exchanged. Whether agreed or not , I only recommend products I personally use and feel that would be good for my readers. I follow FTC rules and regulations.