Early Cinema and Theatrical Magic for the Kids

Info Post
Uma Anandane
April 25, 2013
3 comments
It was Easter Holiday. And I along with my kids had plans to visit the Holiday workshop with Mirror Mirror in MK Gallery for fun. The workshop was meant to be for kids but it also promised to give an insight of how early cinema worked and how an artist explored their works through different ideas. This of course worked well for me in understanding concepts of things I love. And attending one such workshop in our area made sure that my children are exposed to different artforms thereby combating their boredom. This time it was Theatrical Magic.

We were joined in by other families and all the children grouped together creating 2D and 3D objects thereby exploring the atmospheric potential and its effect on ‘the projected image’.

At first, we were introduced to different types of music and dance sequence wherein we explored the mood of music and came up with words ( Excited, Calm, Happy, Sad , so on) and the patterns that described the music on a sheet of paper. Each kid was given a paper wherein they painted their feelings towards the music they heard. Then, we were asked to create a 2D layout of what we have painted. Each kid placed their artwork in random trying to bring out a overall look of one single piece of Art. And you know how it worked with children (*winks)

Then, we moved to the next step of creating a 3D objects. This is where the magic of theatre came in. Our vital items were cardboard boxes and the 2D artworks of children. All the children worked together to create a messy stuff with card boards, papers, scissors and tapes. And this is what we finally ended up with.


How does it look like? Remember this is our 3D Model :) 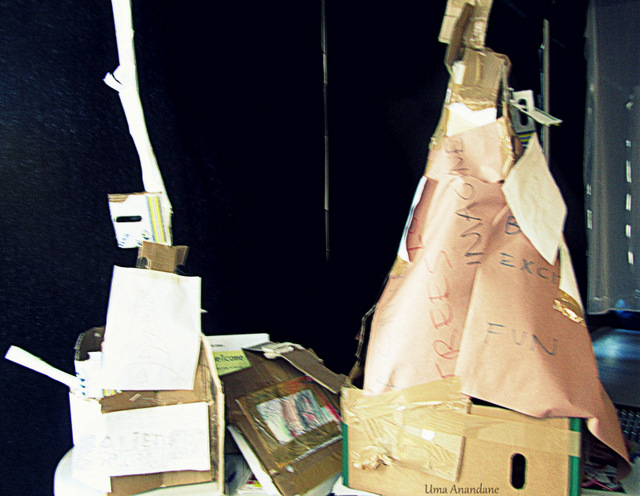 The theatre was getting ready and the children were given the job of bringing life into the theatre. The theatre had three white screens hanging from above and this is where our object is going to come to life. And there was a projector to project the image (our 3d model) to the screens. The above two models are our basic images which introduces the art of early cinema or say theatre magic to the kids.

Our 3D models were ready to come to life as you can see from the below image. And what do you expect to see with these creations. And believe me,  The results were truly amazing . 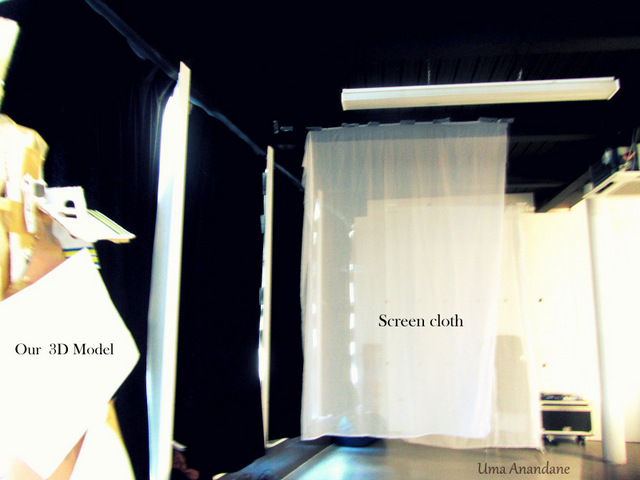 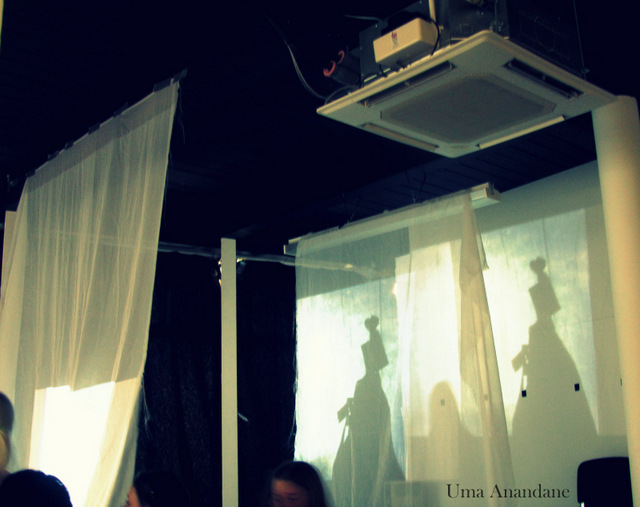 Can you believe the magic on the screen?. Theatre Magic!. It is the shadow image of what the children created with the cardboard boxes including the other stuffs and what we adults at first thought was messy. Our messy objects turned out to be an awesome creation of art. This image brought  life to an Egyptian King .

So, what will be the shadow image of our next model ? Can you guess? 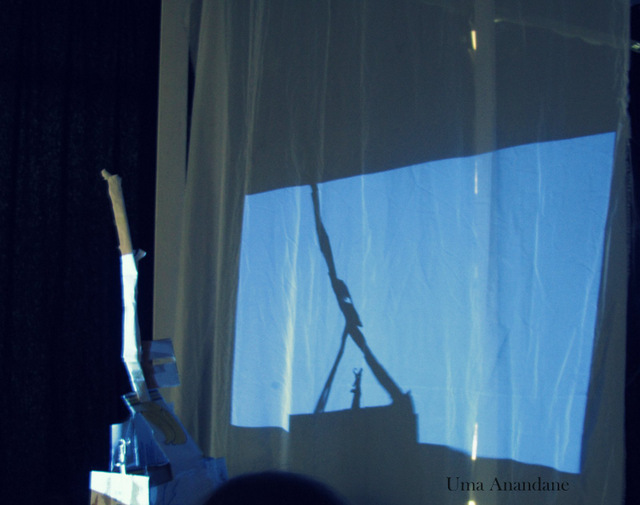 There you go. It brought life to an image of a sailor travelling in a boat. The model as you can see is kept on the left side and its image (shadow) is been reflected on the right side on the screen . And as we move the object, the image moves giving a feeling of a moving boat. That's truly tricks on your eyes

The children including my daughter and son were filled with joy seeing their objects come to life on the screen. I, being a part of the fun made sure that this theatre magic of experimental optics and how early cinema worked is well preserved through my camera and my blog.