Info Post
Uma Anandane
June 03, 2014
4 comments
Unilever has done it again with their heartwarming ads that highlight upon the most important aspect of creating a a better and sustainable future for our children. The below video tells a story of a village mother and as you watch you realize that you can feel her emotions all through the video.


The video starts with a group of villagers looking up for something- something that they really look forward too and something that needed attention. It might be a rain, a blessing or a hope for a future. One woman gets up, runs towards a stand alone tree and protects it from the heat and the surrounding dangers. She spends her days with that tree. So, what is so special about that tree? The tree as the young woman sees it is not just a tree, but it is a piece of her life perhaps a memory.

The video sends a message of birth and death, life and sorrow and simple expectation of a village Mother. Being around what she thinks is life and joy, she lives all alone in her own world in spite of her husband's worried looks and it is only towards the end that you will understand the young mom's state and reasons. Although the first half of the video speaks all about happiness, the second half of the video towards the ends speaks a volume of what had happened in the whole video. The tradition of planting a tree when a child is born and how it becomes a part of the young mom's life who was unable to see her son's fifth birthday is the story the video holds. Unilever pulled out the message so well as a part of their hand washing campaign to eradicate infectious disease liked diarrhea and pneumonia which are the reasons behind children losing their life before their fifth birthday especially in the village like Utari. The imagery created through this video brings us back to the question of the reality of maintaining good hygiene among young children.

The above ad is yet another paradigmatic example of a brand's ability in sending out good messages through simple means. My feel on watching the video was that it was unique and it delivers the message in an understandable way. It actually makes you watch through the whole video to understand the core message. The ending "....all that remains is the tree" was just not a statement but the writer of the video has made its sound like a aching of a soul. 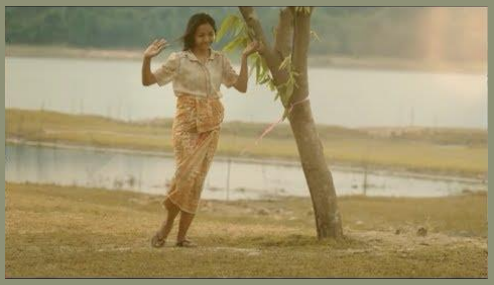 Lifebuoy, the world’s leading health soap is aiming on a mission to help celebrate every child’s fifth birthday, by stopping the spread of preventable diseases which cause 5,000 children under five to die every day through their through the active promotion of health and hygiene education. Its been said that since 2010 Lifebuoy has changed the hand washing behaviours of 183 million people across 16 countries.  It is also a known fact that it is been a year that Lifebuoy has adopted a village Thesgora and helped minimize the infectious diseases through educating the importance of healthy hand washing. This year they have taken another big step driving a mission to Bitobe in Indonesia.

#Helpachildreach5 is not just a hashtag but a message that can be shared to educate more people how important is healthy hand washing is for children aged under five who are still in the developing stage of their immune system. So I request my readers to take one step ahead to share the message to your fellow beings apart from reading and viewing the video. Will you ?