Khud Ko Kar Buland - a story that speaks for itself

Info Post
Uma Anandane
January 13, 2015
6 comments
Destiny, the power to control our future often tests us and challenges us. The test that is put forth in front of us can shake us from our root, impose a question to a barren mind, seeks answers that have an ability to change the course of our future, makes us feel weaker, shape us to grow stronger and many a time teaches us a valuable lesson.

No man has escaped destiny. But one can still confront it with a mind so strong and a heart that can accept the change. It is something that is easily said than done.

Most often when a child in born, a parent immediately starts prioritizing their responsibilities starting from school, higher studies to their child's marriage.

But if you are challenged right from the beginning...


A single father learns that his son has been affected by autism, a lifelong developmental disability that affects how a person communicates with and relates to other people. The father acknowledges this fact and decides to send him to a special education school. Being strong willed, he even calmly avoids the help from his manager.

He knew that his son's future is in question. But without losing courage, the single dad decides to fight his own destiny along with that of his son. All his life he takes care of his son spending time with him and understanding his needs. 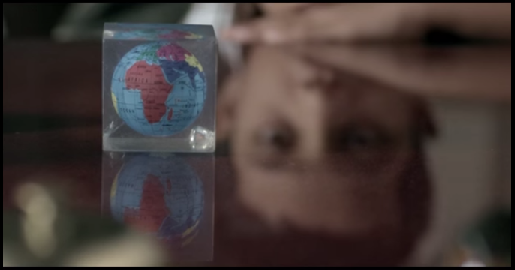 Yet destiny strikes at them again. The father loses his job. For most men, after they lose their job their future becomes a question mark. But, this father returns back home with his usual will-powered smile. Why smile in a moment like this? Because for him, tomorrow is not a day to be called as "jobless" but instead a new start since he had secured his and his son's future by smartly investing in Birla Sun Life Insurance. He had planned to run his own business and to be the master of his own destiny.

The video #KhudKoKarBuland speaks for itself starting from the beginning till the end. I also liked the fact that simple things are woven so beautifully and with such positivism. The cycle bell has played a major role in the young boy's life from the start and finally lays the foundation for the father's cycle business under his son's name. It was the father's answer to the destiny's question of his son's future. A video that cleverly portrays the hidden clue that has followed them right from the beginning till the end.

The above quote imparts a boost to mind and soul - the same effect which can be reached by reading Swami Vivekananda's life quotes.

Yes, it is not rare that we are left with destiny that comes in unplanned. Every family has their shares of ups and downs. Every parent relies on mental and financial help at some time or the other during their lifetime. Some are lucky to get their help from immediate circles, some through the support they build in and yet some are left with loans and debts that drowns their family life.

In most developed countries, everything from life, education, house, pets, car to mobile phones is insured. There is available help every time you need. I am glad that India too is catching up with this pace providing insurance to more entities like education, health, wealth, retirement and a child's future. Just like an umbrella that protects one from drenching fully in the rain water, a well-planned insurance helps us from being drowned from debt and gives us hand in times of need. So whatever the needs may be, it is always safe to be protected by well-planned investment and insurance.