How Toys Impact a Child’s Development

Info Post
Uma Anandane
February 12, 2016
1 comments
Early childhood education is vital for the overall development of the kids and lasts for their lifetime. Although, many good schools and child care centers focus on children`s growth using various activities, a child's early development actually starts from home.

Toys plays an important part in introducing early childhood education as they stimulate creative play, pretend play and social play with themselves as well as with other children. There are lots of toys in the market, which will help your child to get organized in life. But,the potential of learning gets better only with the use of the right toys

Are you choosing the right toys for your child?


One step into the toy shop or online market will clearly tell you that we live in the world of gender discrimination. Many toys targeted at the children are gender based toys ranging from colour differentiation (pink for girls, blue for boys) to personality association (example: cute dolls and cooking for girls, guns and weapons for boys) including the language used to describe a toy. Research of Characteristics of Boys' and Girls' Toys sends out a message that strongly gender based toys will only help to attribute skills we want to develop in our kids such as associating girls behavior with toys that are physical attractive or that which teach domestic skills whereas for boys, toys are mostly competitive and somewhat depicting violence.  So , instead opting for neutral or moderately gender based toys help support giving the right dose of physical, cognitive, artistic, and other skills needed for the children's overall development.

So what are these neutral or moderately gender based toys? According to the research by Judith E. Owen Blakemore (Psychologist) , toys which are likely to be educational toys like blocks, play-doh, science toys, clay, Lego, puzzles, magnetic pictures, musical toys, artistic toys, toy figures, toy animals, dinosaurs, helicopter, toy and even trampoline whose purpose is concentrated on developing a child's  physical, artistic, creative and cognitive skills are rated as neutral or moderately masculine toys.

“…it is preferable that children are exposed to a wide range of play experiences, because this opens up the world around them.” Jeffrey Goldstein, Chair of the UK’s National Toy Council


But, it is also agreeable that toys directly give children a make believe impression that girls should be attractive and soft whereas boys can be aggressive and active. So choosing the right toy not only helps the children but also the parents in the long run.


Impact of using Neutral Based Toys on Child Development

Toys keep a child entertained for hours. Imaginative play of children with toys is admirable as you might have seen in your own home. Bringing toys to life through imagination creates make a huge difference to a child and to a parent as it allows them to see a new world through their child's eye. From here starts the world of imagination for children which then slowly nurtures through reading books. Also, musical toys and artistic toys being gender neutral allows plenty of entertainment for the kids. 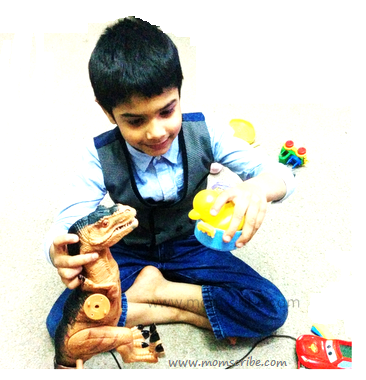 With every toy, you bring home an opportunity for your little one to learn something new every day. By introducing toys, we give the child an opportunity for their early childhood education which in turn makes schooling easier for them. Educational toys that develop basic math skills to toys that empowers creative side of the kids like drawing, designing, painting, building your own kit, models, construction and sketching allows a lot of creative potential to grow and room to play for the child.

A lot of toys act as amazing exercising tools for your child’s motor movements. Memory games and puzzles help you sharpen the memory and thinking ability. Many times, solving puzzles or finishing a age-related game based task with or without the help of a parent gives a child a sense of satisfaction directly encouraging their self-esteem.

Some team games teach social skills among the kids. For instance, snakes and ladders teach kids kids basic counting, taking turns and patience. There are many such games that develop basic math skills in children and also make them mingle socially with other children. More games include classic board games such as Monopoly, Memory game, Ludo, Carrom, Chess, Four in a row to many outdoor games.


Without doubt, toys play a huge role in a child’s life aiding their development. And most importantly choosing a toy is as important as to what asset you need to foster in your child. Do you agree?