Features I wish To Improve in Mobile Phone

Info Post
Uma Anandane
October 14, 2010
No Comment
Mobile phone technology evolved only a few years before and are advancing very fast adding new feature and getting smarter day by day.They are smarter with the compact design, in-built camera, video capture, SMS, Internet,One-Touch and FM radio which an ordinary land phone didn't have.To the question 'Are the smart phone  really smart'? .Yes They truly Are!
﻿ 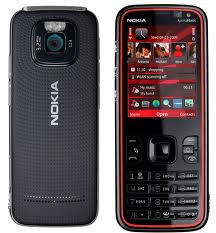 ﻿﻿
﻿﻿
﻿﻿﻿﻿﻿﻿﻿﻿﻿﻿﻿﻿﻿﻿﻿﻿﻿﻿But these are some features  I felt that the Smart Phone is lagging in and I wish it had from personal Experiences
Call Diverting Code :
A call diverting is a useful feature that helps in diverting his/her important calls when busy or not available.But the mobile number to which the call is diverted should belong to him or his family .Sometimes he may land up diverting all calls to an unknown person who suffers the consequences.The solution will be having a unique code entered on the phones on which he will divert the calls.Example:
"x" husband diverting his calls to "Y",his wife mobile phone since he is an important meeting.While diverting he is asked for a unique code,which he enters"123".The code "123"is been registered before in "Y"mobile phone for acceptance of "X"calls.They match and the calls are diverted in.This will be a correct solution for the unwanted diversions of calls.
Automatic  Turn off due to Over-Heating:
We have been are reading recently  in news paper that in some places the mobile phone blows out due to overcharge or heating injuring people and sometimes being fatal.It will be useful that the Mobile phone automatically switches off when it is in the verge of over-heating or senses something is wrong internally
Automatic Dictionary/ Language Translator:
A useful tool for all.A google translator inserted in the mails and SMS will add a new way we communicate with our family and friends.Yet, the google translator is only in the stage of transliteration for most of the Indian languages.For the person knowing that local language a transliteration is useful ,say you want to type in Tamil ,you can use features like google transliteration for mails and SMS.In case your don't know that local language a automatic  language translator will be useful.
Automatic Voice Translator
After the data's,I come in for audio calls.A communication that will be very effective in connecting the whole world in a tiny circle.A voice recognition software that recognising the language and translates the same in voice in case the person who we are communicating with doesn't understand your language
Solar Powered Backup Battery:
In a country like India with abundant energy from sun and where the current goes on and off frequently and with some phones having less battery life, a solar panel for powering up the a backup battery (a substitute for the main battery) will be useful in the long run
Parental Control
In this day even children going to school have cell phone in their hands.The popularity of MMS of Adult pictures and unknown porn SMS,mails is dangerous for their life .A parental control will at least put a full stop to some of these features
Finding Lost/Hidden phones In House/Office
This feature helps when kids in the house takes the mobile phone and forgets where he/she kept,mostly the home with the toddlers.It is difficult for  the persons in the house to search the lost phone and its too difficult (has to forget about the phone) when the battery goes off.In that case, if the mobile phone is felt unattented for days ,it lets a beep(buzz : find me!) sound 2 times on  the 3rd and 5th day after the battery goes off .It will provide a way for the persons in the house to find their phone and keep them safe .
Turn On/Off for features :
We use to get messages from unknown advertisers to dial a number to activate a feature.Some persons and kids do it without knowing the incuring cost.Only when we get our bills high,we know that the certain feature is activated and we have to call the help centers for their help.That too going through voice calls ,some people find it difficult to contact them unless a much knowleged person comes in for help.In that case ,a Turn on /off feature like the Message,Contacts,will help in knowing what features they are currently in.If they feel they dont want it,turning off that particular feature without dialing that number will come in handy
With the above posted things are looked after too, Mobile phones becomes truly SMARTER !