Latest Articles
Loading...
Home » Motherhood and Kids » parenting and kids » Toddler and kids » The Power of the Polaroid - Techniques

The Power of the Polaroid - Techniques

Info Post
Uma Anandane
September 30, 2012
5 comments
Events and Workshops are a good way to start my learning experiments with my kids . Having prescribed to the MK gallery newsletter, my inbox gets pinged whenever new events are added to the Gallery .This time it was the " Power of Polaroid with Frazer Waller" which was held on Saturday afternoon. With my routine shopping done at the MK Centre , we entered to the gallery where the event was held with no prior knowledge of what we are yet to learn. But still , photography being on my lists of creative activities, we just went to give it a try.

We got introduced to Mr. Frazer Waller who was our mentor .He is a local photographer who has a passion for photography and he told the he has done this Polaroid techniques from the age of seventeen .We got introduced to other members who were present there and now here are the moments of how our journey with Polaroid started .

Techniques 1
Mr.Waller introduced to a technique where we transferred the Polaroid photos to a paper. I had been given a chance to touch and use the camera for the first time in my life .The camera was bulky and was far different than what we have today . For capturing a picture , we guessed the distance on approximate guesses like for two feet we made the camera to measure two meters . We used only sun light (no other lighting effects) . And with just the camera in hand and with guessed distance , I clicked the green button once ( with a thud sound). Unlike other cameras where we can take continuous pictures at a stretch , this Polaroid camera can only take one picture at a time after which the film has to be removed. Now, without removing the film , we headed to the dark room .This dark room is where we are going to transfer our picture to a paper . 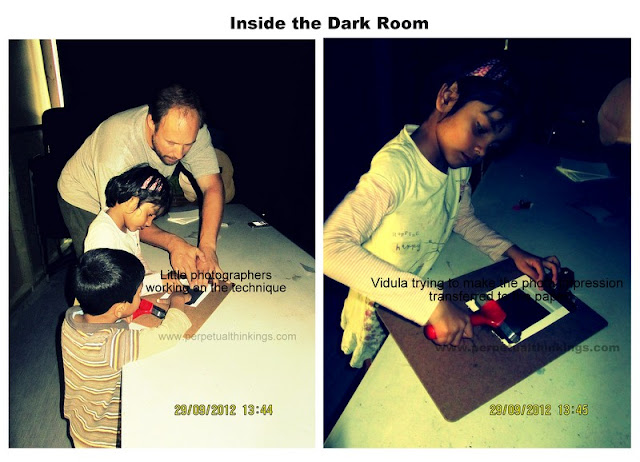 It was only inside the dark room , we removed the film .With a slight pull we removed the cover and placed the back end of the film on to a paper that clipped on a writing pad.Now, with a timer set we stared to count the minutes for setting the picture.Then with a roller, my kids rolled the film that was attached to the paper - up , down and sideways for a couple of minutes.

Finally, we took the the writing pad along with other stuffs outside the room and removed the film . Our experiment worked . The image on the photo was now transferred on the paper. 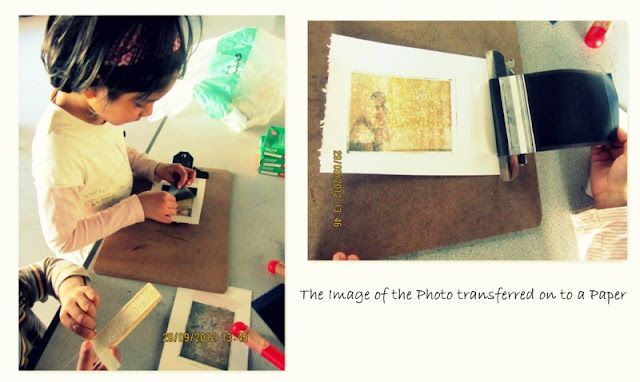 But still, the quality was not that perfect and Mr.Waller said that it was because of the guessing works we had done.Yet still , what we have is the impression of the photo being transferred on paper . A cool stuff indeed.

Technique 2
Another interesting technique was making the picture float on water .When Mr.Waller first said these words, we were so excited to see and try the technique. As usual, the photograph was taken . And now no running into the dark room but we had the film removed from the camera outside itself and was asked to wait till two minutes. After two minutes of the film on air, we split the film into two .One half of it was the black film (which was used in the technique 1) and the other was the photograph (we call it Polaroid photograph ). 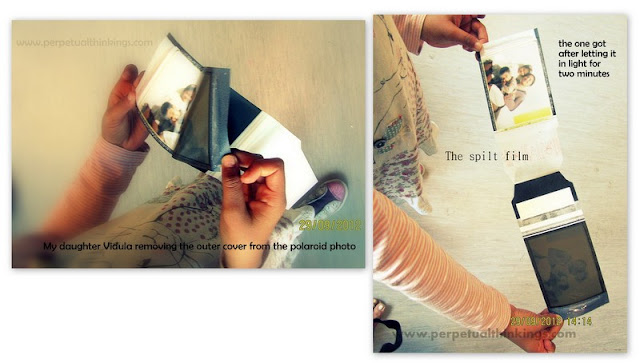 We now placed the Polaroid photograph on a tray, upon which hot water is poured and we waited for some minutes. Then , what happened was Magic

The skin of the Polaroid photograph began to crack . Then, slowly we were asked to remove the skin completely off the photo using a paint brush .We did slowly and patiently and soon the skin came out floating in water.Magic I must say!!!

The technique used here is Polaroid instant peel-apart Emulsion lifts.What we are experiencing was the perspectives of how Polaroid works and how people used it long ago before the invention of digital cameras .Here, for Polaroid each picture is attended with care and time .

The skin of the photo is then again transferred to the paper (called as Negative Polaroid transfer ). The question then followed was how this can be used to transfer into a glass .For this, we need a special glue so that the picture stays in place. This way of using the skin on glass is called Polaroid Emulsion Lift on Glass .Then what, we can now experiment the same with wood and metal too. 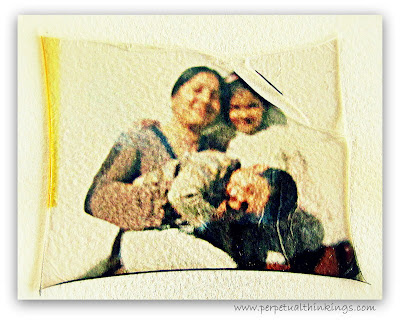 Ah ! What a day. We thoroughly enjoyed this workshops and I personally requested Mr.Waller for a click with his camera to use in my blog. And he happily did along with my little learners . 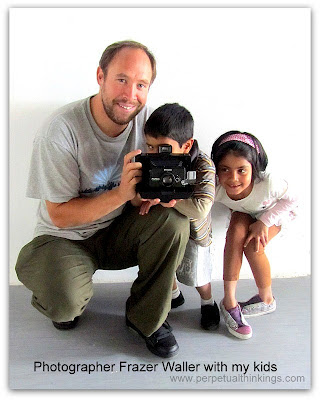