Info Post
Uma Anandane
August 13, 2013
12 comments
Mariachi Band! You must have seen these band rocking their authentic Mexican music with their national green attire and their traditional big Mexican hats now and then in the Doritos TV commercial. The Mariachis are Doritos official band for their commercials and promos with cheese, chilly and sauce. This band scored a place in the urban music lovers heart and no wonder this band become a UK pop sensational within a short span of time. With its well known reputation and humorous approach, the five muchacos add a lively addition to any themed event with their rocking players Salvador (Vocals/Guitaron), Roberto (Vocal/Vihuela Guitar), Farman (Guitar), Limber (Accordian) and Juan (Trumpet) .

The Wireless Festival as you might have known is the world's biggest urban music festival that is held every year in London with a line-up of superstars and big names from the music industry performing Live music. This year (2013) it became Yahoo! Wireless Festival  as the festival was funded by Yahoo.

Yahoo! Wireless Festival which took place from 12th - 14th July 2013, in East London's Queen Elizabeth Olympic Park this Summer saw performers like Justine Timberlake, Jay Z, will.i.am, Snoop Dogg, John Legend and yes, I sounded right - it's Mariachi. The Mariachi Doritos who played their music in the giant crowd brought a little Mexican fun and feel-good factor to Yahoo! Wireless Festival by performing a selection of party hits in their very own giant jukebox making thousands of fans dance for their tunes while munching on some delicious Doritos.

Some sensational hits like "Don't you want me baby" and "I love Rock & Roll" by Mariachi band kept the festival live with people dancing on their feet while indulging in Doritos flavours.

Mariachi Doritos are back again to treat us to the full Mariachi Doritos experience and to make us feel nostalgic about their tunes and yum, I love Doritos in its Chilli flavour. 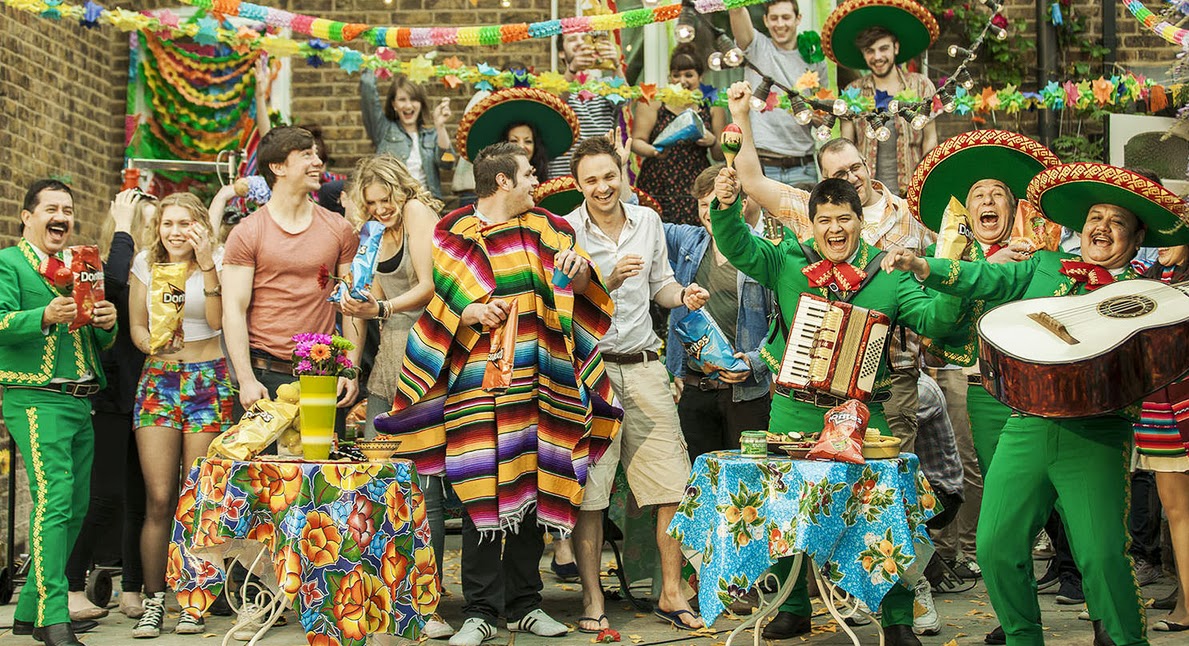