Heroes of the City Movie App and Goodies Giveaway

Info Post
Uma Anandane
December 23, 2013
2 comments
We were contacted to review Heroes of the City app and DVD which is a children's television animated series about rescue vehicles in a small town. The DVD that we received contains five movie series wherein you get to meet two important heroes Pauli, the Police Car and Fiona, the Fire Engine. They both receive orders from Alice Alarm who gets emergency calls in their emergency station to help the townspeople for to solve their problems, find thieves and put out fires in the otherwise quite town. The most misunderstood character is the Calamity Crow who according to my daughter is a silly crow and sounds very fun. Other characters like Benny the baker, Harry Hot Rod, The Scooter, The Digger, The Tow Truck and more have their own remarkable persona making the kids to know more about these vehicles. The movie series targeted at children in the age group of 3 to 7 emphasizes on friendship, adventure, solving problems and working together. It reflects a  positive message that by working together one can solve even the most difficult problems.The movie was great fun for my kids to watch and they immediately memorized the names of all the vehicles. 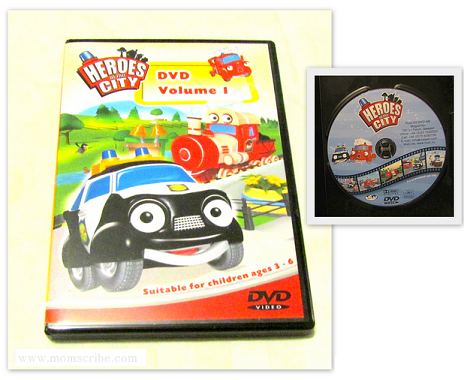 The above DVD was accompanied with a Heroes of the City Book which was great with pictures including two character vehicles - Paulie Police Car and Harry Hot Rod which my children absolutely loved to add to their toy collection. 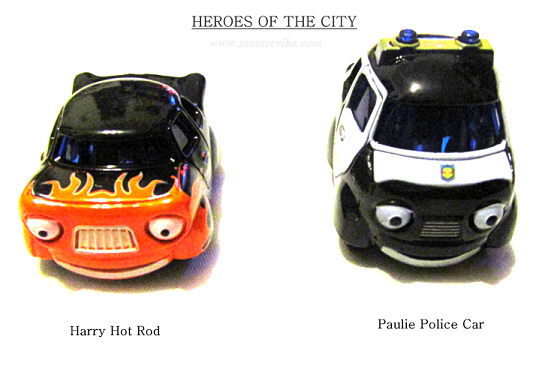 Heroes of City App Review
The series is also available free to download in form of apps both in  iTunes and Google Android Play. The app fit the age groups of 3 to 7 with easy and entertaining games such as Puzzles, Maze, Memory games and more to unlock. My kids loved to play all the games and their favorite game was the Maze . 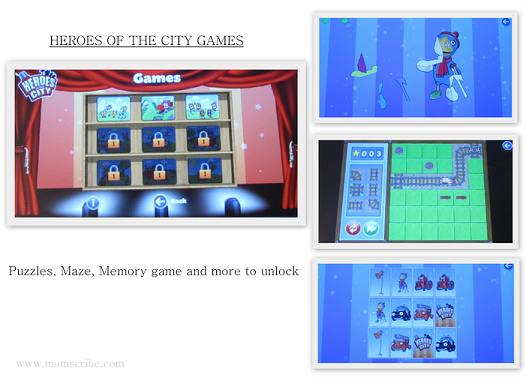 Along with dozens of games, your children can also watch the Heroes of the City movies on their tablet or iPad. The movies are entertaining, seamless to download and perfectly apt for their age. I'm sure your children will love all the characters in the movies. 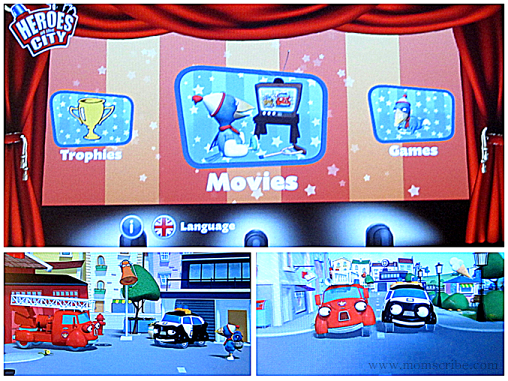 Note: This giveaway is open to UK residents only. After the winner is chosen through Rafflecopter, he/she will be contacted for the delivery address by Momscribe which will then pass the detail to the Heroes of the City creators. The goody prize will be sent directly to the winner from Heroes of the City team to the address specified.

We do really hope your little ones will have fun with these goodies :)