Info Post
Uma Anandane
December 13, 2013
5 comments
The importance of washing hands after toileting is something we teach and stress our children to do every day. Even in schools, children are taught these basic approach for good hygiene. But there have been times that we have to face unclean toilets when we go for a holiday esp. while on our way travelling or visits to some places. At those times, we are left frustrated and disappointed looking for help.

If this is our case, there are millions of people who don't even have access to toilets at all. Through “Pass the message” or "Tell a friend" wherein one person whispers a message to another, continuing to the next in line until the last person who is likely to reproduce a different version of the same message is what the below video uses to highlight the importance of using a safe toilet, a social awareness campaign by Unilever. The video is captured in such a way that it holds our attention till the end. Watch the video on how the message is carried and conveyed among children.

The video starts with two young boys wherein one boy tells a message that 2.5 million people not having access to safe toilet and UNICEF involvement in the global sanitation program to the other boy. The message then gets passed to other kids one after another with the last kid passing the message as “Million thousand people needs toilet” and ends with the message "Destroy Germs, Create Smiles". 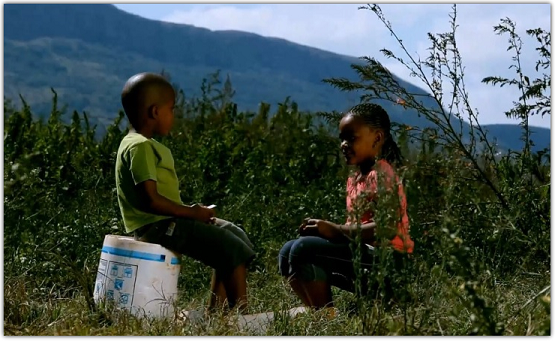 Millions of people defecate in the open in the fields especially in village and rural areas. Even children don’t have access to proper toilet and becomes an easy prey to sanitation borne diseases like diarrhoea. With the soil being the base medium for toileting, soil transmitted infections “helminth” becomes more common among them. Also, young children are affected by Intestinal worm infections which have a significant impact on children’s health.

About two fifths of the global population don’t have the facility of improved toilet as we have. The most affected are women and girls who spend a part of their life menstruating and without access to safe toilet, they lose their privacy and sometimes fall prey to unwanted attacks. Poor sanitation imposes health risks to women and without safe toilets in schools, the rate in drop of attendance increases. Safe toileting is a basic dignity that a woman and a girl deserves.

The Unilever Foundation and Domestos together help support the UNICEF’s Community Approaches to Total Sanitation (CATS) programme. CATS (Community Approaches to Total Sanitation) programme helps promote good hygiene practices among thousands of people raising awareness of the need of improving basic sanitation and thereby helps reduce disease transmission. The Domestos lends its supports to the programme by contributing 5% of its average proceeds received from the sale in selected countries like Philippines, South Sudan, Vietnam, India, Indonesia and Brazil.

You can lend also your support to this campaign by


The importance of toilet access to millions of people has been highlighted through this post along with details on how you can help the campaign. So do Pass the message or Tell a friend !

Disclaimer: This post has been sponsored by Unilever but all thoughts are my own