My Buddy Box - a Portable, Foldable and Resuable Box

Info Post
Uma Anandane
February 04, 2015
5 comments
After quite some time, here I am again with a product review which is based on origami and also that which helps reduce the use of plastic bags. The product is called as MyBuddy-Box (Origami Box)


The product was delivered through Hermes and as the home was locked, the delivery person had issued the sorry card through the front door which also said that the parcel was at my backyard. And there it was, a medium sized parcel that was a  lying wrapped in a plastic cover , safe from the moist weather. Opening up the wrap, I found a handbag that was thick and colourful to the eyes. 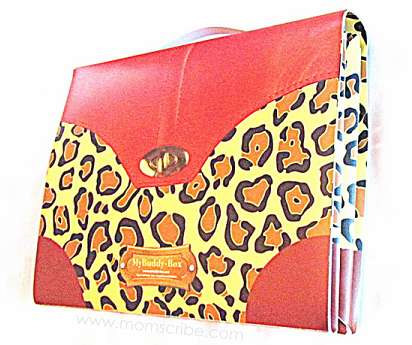 If you look more closely at the above image,you could say that it is not exactly an handbag but a folded plastic box that imitates the look of an handbag with a 3D printing on the front and a handle on the top. This is specially done to enable us to carry with ease in a manner that we feel proud to flaunt the box even on the streets or shopping mall than hiding it inside a plastic bag. And I really appreciate the point taken here - presentation. 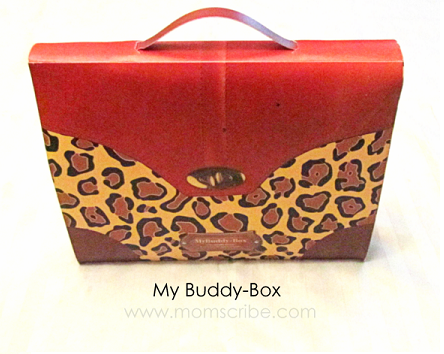 Usability and other Features


Next, coming to the important point of how usable and productive the box is I found that thebuddy-box as the company named it was light in weight than what it exactly looks. The buttons on the inside hold the box in place and a slight pull will unbutton the ends making the box open up.

It was interesting to see how the product has used Japanese traditional art of origami making it
portable and usable box which intends to replace plastic bags which causes harm to our environment. It also helps you save money as well the environment when the actual rule of introducing plastic bag taxes to all new carrier bags comes to place.

Also, I liked the fact that mybuddy-box was produced from recycled waste plastic and the company guarantees the product for a lifetime. 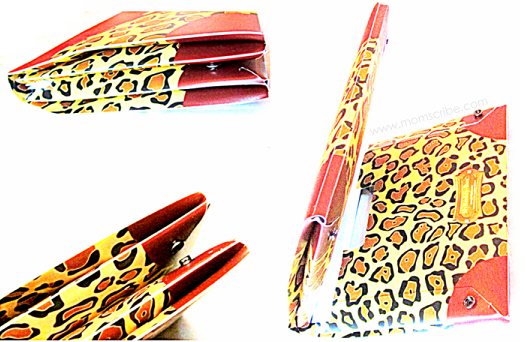 Coming to the main point, the look like plastic handbag finally transformed into a big box ( as seen in the below image). And it was really big both in terms of width and height that it could hold groceries, clothes or even toys. I also liked the fact that every inch of the product was in detail like the bars on the top to hold the box in place, the tiny writing on the side which guides which part to fold first, the side holes to help carry the box when in use and the button being placed on the inside so that the look of the box remains intact.


The main purpose of this product was for shopping use and hence I took it for my weekend shopping. The box helped to hold certain stuffs of my shopping where I actually avoided the use of the plastic bags. And by using the handles on the sides, I carried it to the boot of the car where it was placed without the hassles of stacking plastic bags.


Summing up on the product, I found the following advantages and place for improvements. The product was easy to carry, light in weight, looks presentable, reusable as I can carry for many more shopping, foldable and helps decrease the use of plastic accumulation in the home. It can also be used for many more purposes like arranging books or toys as well as carrying clothes up and down in my home.

The thing I wish could be improved or something that I felt was lacking is that the mybuddy-box can only be used for shopping only for the people who have cars and those like me who use cabs for big and heavy bags. So, if you are not walking back home after your shopping, then mybuddy-box is a great companion for you. Else, you can still use it for ordinary house hold stacking of items like a snack box or for stuffing books.

The mybuddy-box is priced at £14.99 , provides a lifetime guarantee and is a nice addition to have in your home.